5 Kilo Sugar is a charmingly sweet story about a playwright, Gur Koren (Tom Slatter) who writes a play about a bizarre experience where his grandfather, from the afterlife, sends him on a quest. It all begins with a bag of sugar during World War Two and ends in modern day Tel- Aviv. 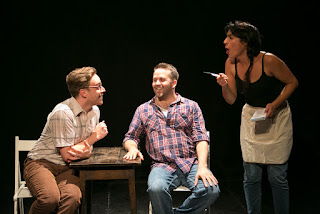 The play is skillfully stitched together with very self-aware segments to bring all the scenes together. Throughout, the actors are all aware that they are indeed actors playing various roles and the story is told as both performance and story-telling. 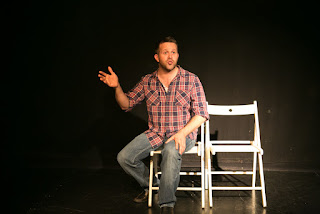 The themes explore the generational differences between the now old age generation and the younger generation through a series of very colourful characters. It's a very delightful comedy and can appeal to anyone who finds themselves learning interested in history and heritage. We all find out stories about our elders that we never knew about before and the generation gap is universal so this show appeals to all. 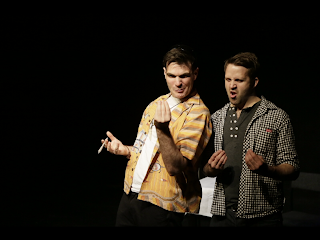 If it isn't hard enough to have to play multiple roles, these actors are also faced with the challenge of transforming mid role to embody Gur's grandpa. As well as the Headteacher, Waitress, Taxi Driver or prostitute they happen to be playing at that point they all skillfully change into the old man - often with tremendous comic timings. 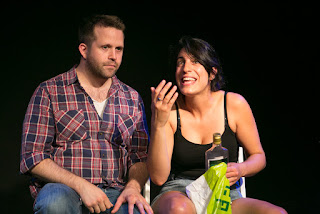 The cast is made up of both Israeli and British actors which works wonders in favour of this play. The Israeli accents are exaggerated, the mannerisms mirrored to the tee and the terminology thrown in for good measure. This also works hilariously with Grandpa Koren's stereotypical (to his generation) Eastern European Jew - spurting out Yiddish all over the place. 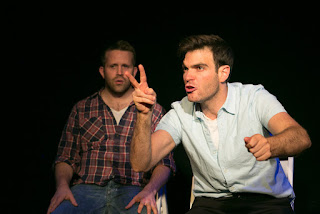 Toward the end, the play changes from a gentle comedy to a more farcical one, although the humor turns more and more bizarre, it remains completely lovable. 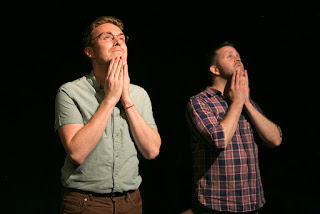 Tik-sho-ret is a theatre company that encourages collaborations through cultural and artistic exchanges and creates educational and community-based projects around themes of communication and co-existence. 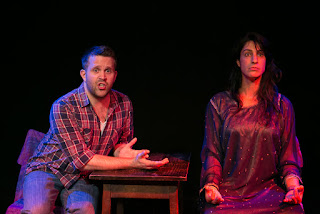 5 Kilo Sugar plays the Etcetera Theatre in Camden until 1st August 2015 and then continue to play at the Edinburgh Fringe Festival 7th-15th August 2015. Click here for more information and getting your tickets.